Pearls of the Venice North Lagoon 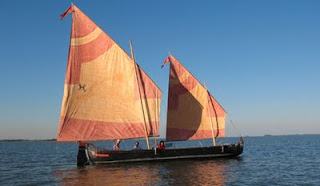 BOAT TOUR “From Burano to Venice
The itinerary leaves from Venice with a characteristic boat and we sail to the Venice Northern Lagoon discovering its islands and valleys, a series of unique locations in the world rich in nature, history and traditions.
During the tour you'll have the opportunity to taste some Venetian typical food, included in the total cost. 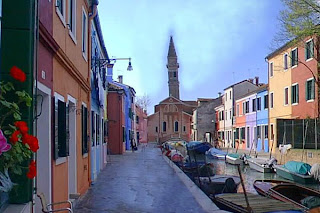 Burano: is composed of four islands connected by bridges. It lies near Torcello, in the Northern part of the lagoon, and is world-famous for its lace-works. The island, known as the "Pearl of the lagoon", offers unique suggestions to painters and photographers, thanks to its popular houses, painted in vivacious and conflicting colours. In addition to the lace production, the island is also known for its intense fishing activities. Its most famous citizen is certainly Baldassarre Galuppi, nicknamed the "Buranello", to whom the central plaza of the island is entitled. Baroque musician, born in Burano in 1706, he was a composer of many sonatas for harpsichord and important melodramas for texts of the famous theatrical playwright Carlo Goldoni. 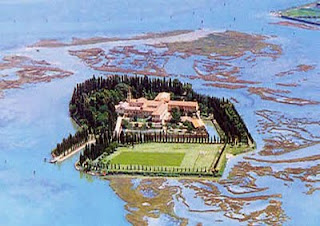 San Francesco del Deserto: San Francesco del Deserto is located between Sant'Erasmo and Burano.
The island is an oasis of great peace and quietness, covered with ancient trees, fields and gardens cultivated by the monks. It has a surface of about 4 hectares and houses a Franciscan monastery where 10 monks still live in. The island has been frequented since Roman times, but it was named after St. Francis who landed here in 1220, on his return from the fifth Crusade. 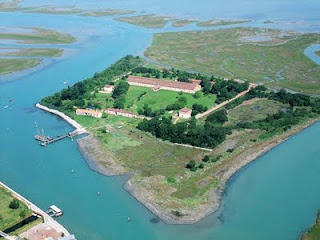 Lazzaretto Nuovo: is located in front of St. Erasmo littoral. In 1468 on the island was built a hospital for the isolation and quarantine of ships, goods and people coming from the East, that entered Venice; in the "Teson Grando" there are still numerous writings dating from the end of XVIth century, indicating the ownership and the origins of commodities. 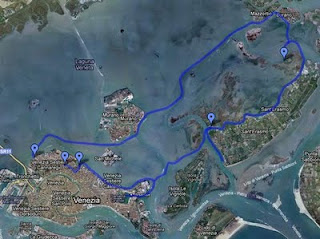 Pubblicato da Unknown a 1:40 AM