The Castle “…its imposing presence bears witness to a past time of magic and adventure.” 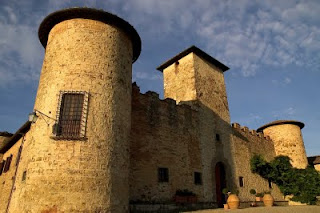 The marvellous terrace spread out before the Castle is dominated by the fortified twelfth century tower, its most ancient part. The great entrance doorway, above which the inscriptions on the coats of arms of the Soderini family (16th century) may still be read, is an invitation to enter, an invitation that cannot be refused…

Set apart, impossible to see from the road, majestic and solemn, the Castle dominates the enchanted land in whose embrace it lies, a breathtaking, elegant and harmonious setting.
Discover the Castello di Gabbiano and let yourself be astounded by its beauty! 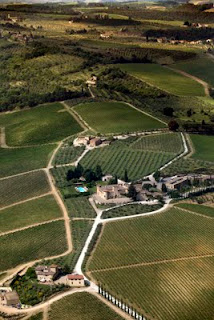 The visitor immediately senses an aura of protection from these ancient walls, along with the warmth of the light that streams through the vast windows along the sides of the little cloister and pervades the broad corridor that runs along the entire perimeter.

The perception of solidity, yet at the same time lightness, that such an ancient structure can impart fills the observer with wonder, in no small part due to its restoration, which succeeded in combining modernity and history in perfect harmony!
Spontaneously, the desire wells up to find out all about the most remote history of this place, to seek out its hidden parts, its ancient underground cellars, and relive the most important moments that over more than nine centuries have brought it to today’s era, still standing here, ready to welcome us and tell us its story… 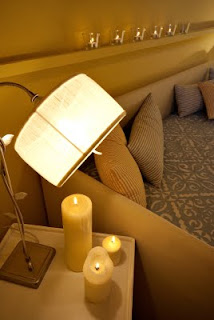 “Feel right at home in a castle…”


Staying at the castle means enjoying comfort and refinement blended with the warmth of a family home. The atmosphere is welcoming and informal, all the rooms of the castle are open to guests, who can choose to enjoy some reading or turn on the television in the welcoming drawing room, play the piano or hold conversations with the other guests in the large lounge, take tea in the cloisters, or the garden, enjoy an aperitif in the shade of the pergola after drying off in the sun at the poolside…
Breakfast is served in the castle dining room, and those customers who want can have a snack by the pool at lunchtime.
Eleven large, comfortable rooms, all different but sharing the same style in furnishings, attention to detail and colour schemes, which together create a perfect harmony, but individually remain unique, each with its own narrative, creating different emotions… 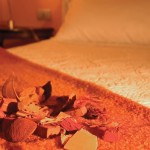 The bedrooms are divided into different types, according to size: Junior, Standard, Superior, and Suite. 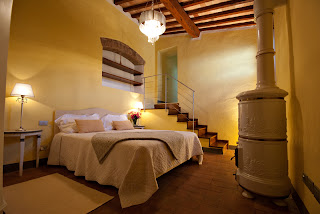 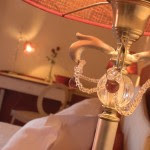 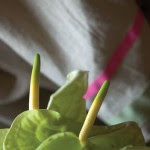 “The first historical references to Gabbiano date from the 11th century, when work began on the square tower, which was built to defend one of the most important communication routes between Florence and Siena…”

The sandstone plaque over the entrance door to the castle.
In the land survey presented by Tommaso Soderini in 1464 to the ‘Officials’ of the Land Registry of the Republic of Florence, it was noted that wine and oil were the most highly prized produce of the estate.
The construction of the cellars, whose vaulted structure demonstrates their use for wine production, was begun in 1124.  In that epoch, the castle belonged to one of the most important banking families of Florence, the Bardi, who, in the second half of the thirteenth century, began the extension of the fortress by building perimeter walls and battlements in the typical Guelph style of the era.
The castle remained in the possession of the Bardi until the early part of the 15th century, when it passed to the Soderini family, one of the most politically influential families in Florence.  It was the Soderini who were responsible for the conversion of the turreted manor house of Gabbiano in Fattoria, already completed by the late 15th century, according to the description in the “land survey” presented in 1480 by the father of Pier Soderini, Tommaso, to the Land Registry “Officials” of the Land Registry of the Republic of Florence.
In the course of the century, new buildings were added on several occasions, as can be deduced from the stonework, which reveals various phases of development, until it was converted into a large quadrilateral building, which also formed a kind of private fortalice, being furnished with four cylindrical turrets reinforcing the corners.
It was while in the possession of the Soderini that the Castle was converted into a structure more like the present one, with the construction in 1505 of round towers at the four corners of the castle, displaying French architectural influence.  When the Soderini’s struggle against the Medici led to them being declared rebels in the 16th century and banned from Florence, the Castle was abandoned for a long time. Only in the 17th century, when the Soderini were able to return to their homeland, was the Castle given new life, as the inscription on a sandstone plaque over the entrance door informs us.

The sandstone plaque over the entrance door to the castle.
Under the two coats of arms of the Sorderini, the following is inscribed: “FRANC.SODERINUS SENAT.GASP.F.RURIS HUIUS IN FAMIGLIA RESTITUTOR SUB.A MDCLII” Above the coats of arms lies the motto that was dictated by Pier Soderini on the occasion of his election as gonfalonier, or standard bearer, which reads “IUS UT PALMA FLO” (“Iustus ut palma florebit”).

The neo-classical style private chapel, built in the 19th century
From the 19th century onwards, the families who owned the property carried out various restoration works, fully respecting the features of the architectural complex of the Castle.
In the complex of buildings annexed to the castle, there is the neo-classical style private chapel which was built in the 19th century under the ownership of the Del Turco family, according to an inscription inside the little church dating from the restoration works in 1957 by the Lemmi. 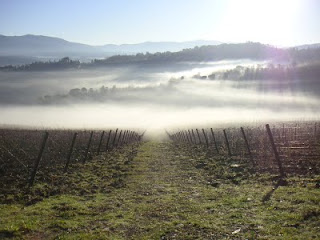 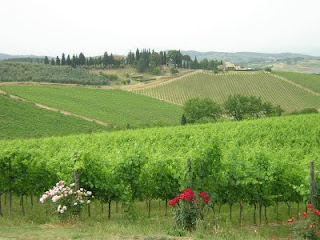 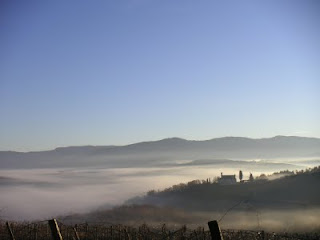 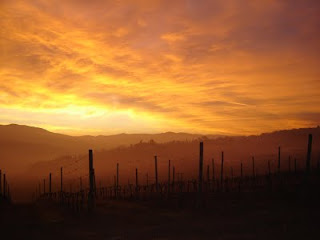