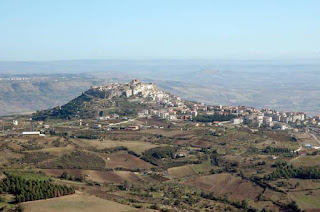 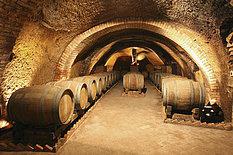 STUPOR MUNDI, FREDERICK II
AND THE DREAM OF A UNIVERSAL EMPIRE 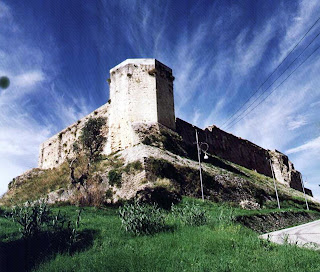 "An important tour to discover the Castles of Frederick II in Calabria, Basilicata and Puglia”
"a guided tour through history, to understand the military, political and social characteristics of each castle you are going to visit"
for organized groups, minimum 25 people.  Validity: September, 2012. April, May, June 2013 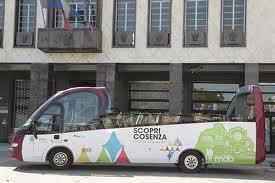 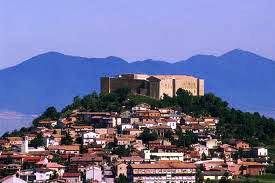 COSENZA. Cosenza was an important strategic hub, a meeting point between Crati and Busento; the city controlled a fertile valley. San Pancrazio Hill already hosted a fortress in the Bruzia era and later an Arab Fort. Frederick II of Hohenstaufen built his Castle on the previous Norman Castle site belonging to Roger II. This fortress replaced a previous Greek one. According to tradition, in 1235 Frederick II jailed his son, Arrigo the Lame, guilty of collusion with the  municipalities of Northern Italian towns that rebelled against the Emperor. 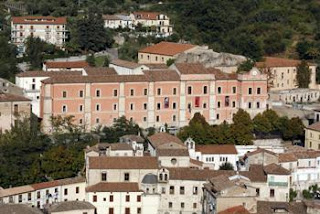 ROSETO CAPOSPULICO. A monastery situated on the cliffs of the Gulf of Taranto, in the XI century it became Castrum Petrae Roseti, thanks to  Guiscardo, a boundary between his land and Roger’s lands. Frederick II confiscated it from the Templar Knights (their architecture is still visible today) in order to leave it to his legitimate heirs after his death, in doing so he assigned the territory of Roseto to his true heir, Manfred. 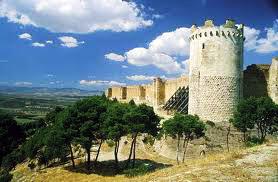 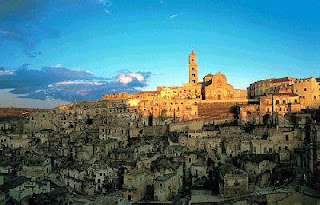 MELFI. Even the Melfi Castle was an ancient Norman Fortress that Frederick restored giving it its current appearance. Melfi is a strategic crossroad in the human and political history of  Frederick. In Melfi he met Bianca Lancia and probably they conceived Manfred here. In 1231 he promulgated the Augustee Constitutions, in which he expressed his political ideas. The philosopher, Michele Scoto, and Frederick’s confidant, Pier Delle Vigne, helped to write the Constitutions. It’s strange how two of the most important figures of those happy years in Melfi, Bianca Lancia e Pier delle Vigne, shared the same fate, they both committed suicide for the accusations, probably unfounded, of Frederick, that was now at the end of his life.
VENOSA, In 1456 the Halley’s Comet appeared in the sky of  Venosa, six months later, in December, a violent earthquake destroyed the city and its fortifications. Fourteen years later, Pirro del Balzo, Lord of Venosa,demolished the ancient Romanesque Cathedral to build a Castle.  He took as its models the great castles of Naples, Castelnuovo and Maschio Angioino. The castle had a double function, it was a military fort and an aristocratic residence. 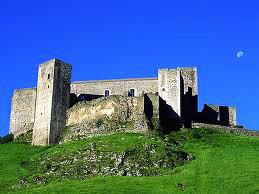 RIPACANDIDA Sanctuary of San Donato “A miniature Assisi”.  An ancient tradition states that Ripacandida was founded after the invasions of the Goths guided by Alarico in the V century A.D., which forced the inhabitants of  Candida Latinorum to leave their village. In order to defend themselves from the barbaric invasions, the citizens chose to build their houses on the hill, where there was a temple dedicated to Jupiter. It was fortified by the Lombards and during the Norman era, it took part in the First Crusade, at the time of Boemondo of’Altavilla, son of Roberto Guiscardo. The Church of San Donato  is mentioned in a papal bull of 1152. It is considered a national monument, its architectural style is Romanesque with a beautiful portal that dates back to the  XVII century. Recently it has become a twin Church of the Basilica of San Francesco d’Assisi because of its frescos representing episodes from the Old and New Testament.
LUCERA. Lucera and its castle witnessed an extraordinary political experiment of Frederick II. The Castle, built on the ruins of a Roman Acropolis, was used to lock up and monitor 1200 Muslims from Sicily, reluctant at any attempt of peacemaking. An example of ethnic cleansing that paid off as the Muslims became loyal subjects of Frederick II and, later on of his son Manfred. Charles of Anjou further enhanced the military potential of the place and its long walls continued the tradition of  Lucera’s parade ground.. 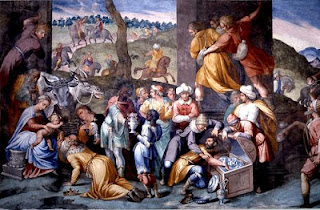 TRANI. The Castle of Trani overlooks  a hostile and dangerous sea. It was built on a cliff surrounded by shallow water at the centre of the bay to protect the eastern border of the Kingdom. Frederick II had Pietro Tiepolo, son of the Doge of Venice and Podestà of Milan, hanged in a tower of the castle ,after he was taken prisoner during the Battle of  Cortenova in 1237. The castle was Manfred’s favourite residence. He married his second wife Elena Ducas in 1259 in Trani.

CASTEL DEL MONTE. Castel del Monte is an enigma, one of the many left by Frederick, certainly the most fascinating. It’s not a fortress, it doesn’t have any peculiarities and it is not situated in a place of strategic importance; it is not a hunting  residence: too refined and completely devoid of any structure suitable for this purpose. It is not a noble residence, there aren’t any reception halls, services and hallways. So what? Maybe it is a place of knowledge, or a treasure to keep? 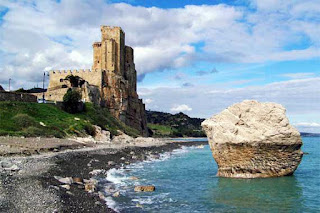 LAGOPESOLE. Lagopesole Castle was one of the last castles built by Frederick, in the last ten years of his reign. Almost certainly, as he often used to do, he turned a former Norman fortress into a  very big residence. Maybe thinking about his love Bianca Lancia? We don’t know for sure, but Lagopesole became the final residence of another princess. They say there are nights, in Lagopesole, especially during full moon, where an intense light appears and disappears in the direction of the castle, people can hear moans,desperate cries and sobbings. 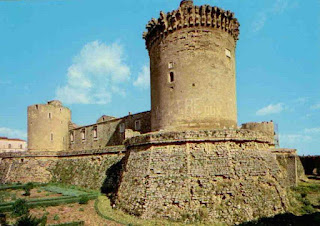 They say it is Elena degli Angeli,  the happy bride of Manfred of Svevia, coming back to the place where she found happiness in search of her beloved husband and children lost forever.
They also say that in less enlightened corners of the countryside Manfred, unaware of his wife’s presence, wanders in search of his lost happiness, he rides a magnificent white horse wearing a long green coat …you may be able to see him wandering around the castle..
ACERENZA CATHEDRAL. Situated on the border between Puglia and Basilicata, you can find Oppidum di Acherunthia, described by François Lenomant,as one of the most beautiful and wild villages in Basilicata. The Assumption Cathedral has a Romanesque and Gothic style and it is one of the most important monuments in Basilicata.
Amount per person: 764. the price includes: overnight stay in Cosenza in hotel (3* S) for two nights,  overnight stay in Barile, hotel 3* S, overnight stay in Matera, hotel 3* S, in double room. Full board  (HB in hotel and all meals), visit to the historical centre, local tour guide where provided, GT shuttle bus, from the arrival in Calabria, to the departure from Bari.