In the historical centre of Martano, in the heart of Grecia Salentina, Borgoterra holidays is the only receptive extra-hotel structure realized in the province of Lecce, consisting in the creation of a chain of good quality accomodations whose historical and cultural characteristics are the ideal framework for holidays suitable to discover the towns, the environments, the customs of the territory and people living here.

The flats are built in accomodations which date back to XV and XVII century, reconciling quality and modern comfort with local architecture. To built Borgoterra, the process of restoration was conceived with precision and care, using the same materials of the past.

Elegant in the architectural and decorative solutions, it enjoys of ah ideal setting between the Adriatic coast and the Ionic coast, in the heart of Grecia Salentina, at few minutes from Otranto, Gallipoli and Lecce, in a romantic corner full of folk traditions and great events( Tarantula’ s Night, festivals, fairs, parties of pizzica and wine gastronomic itineraries).

On the structure there are five flats with two rooms, a suite with five rooms and
The ancient and modern melts in an harmonic whole of architecture and art, giving a sense of well-being that pervades the whole structure .

and traditions of this land. Places where the tourist can know the artistic properties of remarkable importance and he can taste the produces of the Salento country.
double-services and a one-room flat, all well furnished with a cooking corner and endowed of the more modern comfort( air conditioning, TV, etc.) . 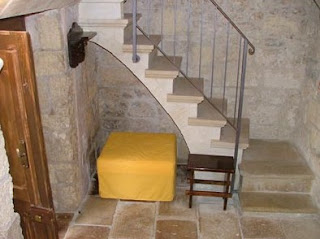 The flats have a refined and careful structure, built with the higest care and attention, both in the appearance and in the functional aspect; their clothes, furnishings and accessories are designed and realized to give our guests the pleasure to live an incomparable emotion.
Aestethic flavours of contemporary tastes macaws melt with elements of ancient and classical memory, for long moments of relax, out from the chaotic flow of modern life.

The flats have different typologies and particularities: almost all flats have the old roofs built in the old metod of “incannucciata” with great beam covered with reeds and tiles; some others have “Leccese vaults” and have a private balcony and a small garden; some others look out into the old “corte” ( common courtyard).

Moreover all flats have moreover the most modern comfort ( air conditioning, TV, fridge).

Rooms for people with a handicap

Restaurant working under the healt service with tipical cooking

Courses for the working leccese stone

Trials in bicycles on humatic routes

Leaded visits in the Grecia Salentina and in Salento

BEACH
Borgoterra is working under the healt service with “I due mori” lido in Alimini (Otranto) and it can reserve for its customers beach-umbrellas and deck-chair for payment. (It is advisable to reserve when you book the flats)

Borgoterra is a receptive structure affiliated with FIAB (Italian Federation bycicle friends), it offers a safe place for bycicle, to hire bycicle, and it is working under the healt service with service with a repair garage.

Moreover it organizes guided bycicle trips, on easy and medium journey, or on cycle hath, organized by the province of Lecce among the most beautiful places and foreshortening of Salento’s coast, Alimini lakes, green countries with their olive-trees, symbol of the salentino territory. 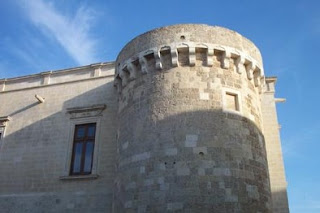 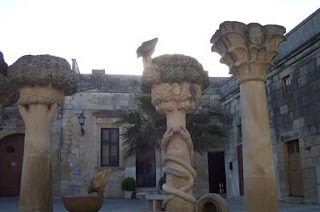 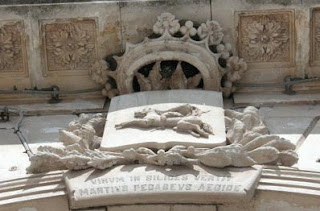 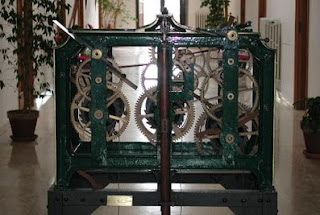 Martano is a little town with about ten thousand inhabitans, situated into an important cross road, which joins it easly to Lecce, Otranto, Gallipoli.
The origins of Martano, enveloped by a legendary halo, has some testimony in the prehistory; infact the presence of megalithic monuments such as “La Specchia dei Mori” (a huge heap of stones for worship and funeral purpose), “The Menhir of Teofilo” (column of the “chiofelu” or column of the Devil), those monuments check the human settlement since the Neolithic age.
Martano, until the second half of XIV century was surrounded by mighty wall as it can be deduced by the fastness and grandeur of the tower next to Mazzotti’s house, it is the only tower remained, which strengthen the town walls, which, starting from the Aragonese castle and surrounding the built-up area, joined together again at the Castle where today we can see the clock tower.
In XVII century outside from the structural town walls beautiful palaces were built, and still today they are the more significant architectonic element of the predominant part that the small had in past times on the near towns. All, works, of skilful stonemasons, who carved the leccese stone.

We can still admire Pino Palace, Andrichi Palace, Micali Palace, Stampacchia Palace, Scarpa Palace’s portal, Sergio Palace’s portal. Martano still preserves a living testimony of a millenary culture: the use of the dialect “griko”, which until all XVI century was the only language used by the Martano people to communicate.

Grecia Salentina is situated in the heart of Salento, among Lecce, Otranto and Gallipoli. It is here that the story of nine towns mingled in the time around a common element:
The Greek language, with its customs. Infact it is here that in the course of centuries some treasures are kept and visitors can enjoy still today: traditions, story, culture, nature, music, gastronomy. All this is enveloped by the heat of the sun, which made the old olive-trees grow and has modelled the hospitable nature of these people.