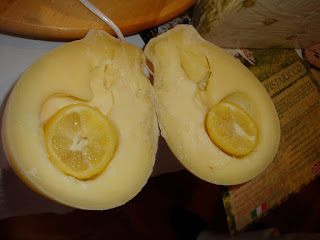 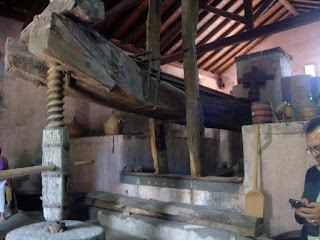 This is the first leg of a tour, made the discovery of extraordinary flavors, along the Ionian coast of Sicily. A long, intense, including History, Art & Flavours which we will make starting with the fascinating volcanic landscape of Mount Etna, from intimate said "Iddu" to reach up to that strip of land, which is cross between South and North, between East and West, in front of the sea that, for centuries, the Greek ships, Carthaginian and Roman, I have sailed battling each other. At the back, sometimes beaten by the warm south wind, sometimes by lashing the north, there is the Val di Noto, with its Baroque towns, now a World Heritage Site.


The History of Sicily, is ancient and sinks into the Magna Grecia. Of this Civilization, the first traces appear in 735 BC when, in Naxos, settled the first settlers calcidesi. In the following years there was a succession of landings and settlements, which laid the foundations of Greek history in Sicily, determining the language, culture and art. The entire east coast, therefore, was colonized by the Greeks, and dallestesse colonies developed, they created other colonies. Syracuse, among others, is the most important Greek city on the island.
Always Chalcis, in 729 BC, ie 6 years after the founding of Naxos, Catania founded, and it is from Catania, which is the second-largest city by population, of which it must be said that all the built old houses, buildings, infrastructure, dates from after the 1693 earthquake, which starts the first leg of our tour in Sicily. But if the history of Sicily is ancient, absolutely linked to Ancient Greece, is the even more ancient history Diquel monument of nature called Etna, where the fertility of the soil, due to the sedimentation of ancient volcanic activity, it is simply amazing and this is a circular path around it,

From the city, recently returned to a good shine, for the recovery of many works of art and historic buildings along the legendary Via Etna, he climbs the slopes of the volcano, and it is here, between the rivers Salty and Simeto which is the farm Aragon, a specialist in the production of extra virgin olive oil, obtained by cold pressing, the olive-growing cultivar Nocellara Etna and Cipressino. An oil of intense golden yellow color, with notes of green tomato equally intense and aromatic herbs, such as oregano.

Going up Mount Etna on the east flank in Gravina di Catania, meets the Farm Arcoria, covering more than 70 hectares in hilly and largest producer of citrus fruits. The agricultural products of the area of ​​Etna, are marked with the label ARCOBIO, to differentiate them from others, for the exceptional organoleptic and nutritional characteristics, and also to the strict organic farming methods. The citrus varieties, ranging from the common to the Tarot Mandarin Ciaculli up to Valencia in May, closes the annual production. The plant olive oil, also organic, sees the production DEII cultivars Nocellare Etna and the Moorish.

To know and appreciate the table olives, as well as an extraordinary olive zone "dop Mount Etna", always in Gravina di Catania, you go where the headquarters of the Farm Lanzafame. The stage of crops, thinning towards the south, allows the sunlight the plants evenly and the climate piedmont determine the better absorption of important substances of the soil evenly, giving the products a very high quality.


A Viagrande, however, we encounter the Terre Nere company specializing in the manufacture of canned food, produced exclusively from excellent raw materials. All products Terre Nere, are prepared in the traditional way, using only fresh fruit. Scented its products, such as jams, where the finest citrus peel are candied in honey orange blossom, according to an exclusive process. The jellies, finally, represent the company's desire to offer a different way, to consume the most noble Sicilian wines. They are intense, delicate, or combined with exotic spices and perfectly match the cheeses, cold meats and boiled meat.

A short detour, always in Viagrande, leads us where the winery Benanti. Born at the end of the 800 from his grandfather Joseph, who started producing wine in an old farm of his father, now offers products derived from Certified Organic Farming and includes wines from particular clones of grape varieties, which have been reproduced in the Ancient fragrances. The company produces wines for the high-end market, including Etna DOC, Sicily Itg, Minella, Nenello Mascalese, as well as dessert wines, grappa and olive oil Nocellara Etna.

In San Giovanni la Punta, we will find the Ancient Sicily, in reality small craft, specialized in canned vegetables in oil. Its brand Antica canning Etna, has been specifically designed for the retail and catering and production is based mainly on the quality of primary products, expertly selected. Produces sauces and preserves for appetizers, condiments, sauces, pates, oils, vacuum, spices, spice grinder, salt, dried fruit, jams.


Going up in Belper, on a plot of 12ha, we find the farm Antares, where in 2000, husband and wife, eager to reclaim the traditions of their land by professionals cultivate citrus and olives as many as 5 different cultivars, getting in the first place 'Extra Virgin Olive Oil and scented Antares derivatives and flavored niepitina, red pepper, fennel, thyme, sage, rosemary, peppermint, marjoram, ginger, cumin, coriander, anise and juniper,

Not far from Belper, or in Ragalna, on the edge of the volcanic areas, is prominent if the farm Feud Don Cirino, which is halfway between the towns of Ragalna and Santa Maria di Licodia.
Family property Cunsolo, for four generations, Salvatore, the descendant and current owner, over 35 years, transformed, modernized and specialized in producing organic extra virgin olive oil PDO "Mount Etna". The olive grove has an area of ​​about 8 acres and includes more than a thousand trees, some centuries old, still in excellent condition with vegetation. The cultivation is exclusively organic. Excellent the Indian figs "Bastardumu

Next stage: from Pallet Town, in Bronte, in Giarre